"The best of kind of technology is the stuff that's invisible."

Bill Walsh is not a pedagogue, but he appreciates the importance education plays in our lives from the very beginning. And he takes his role looking after all the systems and administration for Garfield Street Preschool, allowing his wife, the centre's Director, to focus on their charges.

After a career in finance, culminating as the Group Head of Global Risk for a 'big four' bank, Bill also understands and appreciates the difference superior technology can make to any enterprise.

In early 2020, as the COVID-19 lockdown protocols struck Australia, the childcare industry was sent into a tailspin, starting with en masse student withdrawals, followed by the urgent need to re-enrol students under the new free childcare program introduced by the Federal Government. Garfield Street's software simply wasn't able to adapt to the new landscape, and Bill found himself in need of a change.

Eventually after looking at four of five providers, and seeing what was offered in terms of support and software, Garfield Street went with Smart Central - see his story here:

Smart Central prides itself on being Australia's first adaptive CCS, providing flexible and personal support while continually updating and ensuring the software is at the cutting edge, taking you away from the PC and back into the room with your kids.

With a simplified transition process, data integrity and cutting-edge bespoke enrolment forms, Smart Central is the best choice for childcare software in Australia.

To find out more  email daniel@smartcentral.com.au

Keep up to date with the latest news and trends on how to manage a child care service in Australia. This blog is powered by SmartFees CCMS. 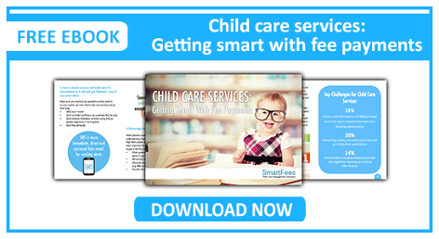